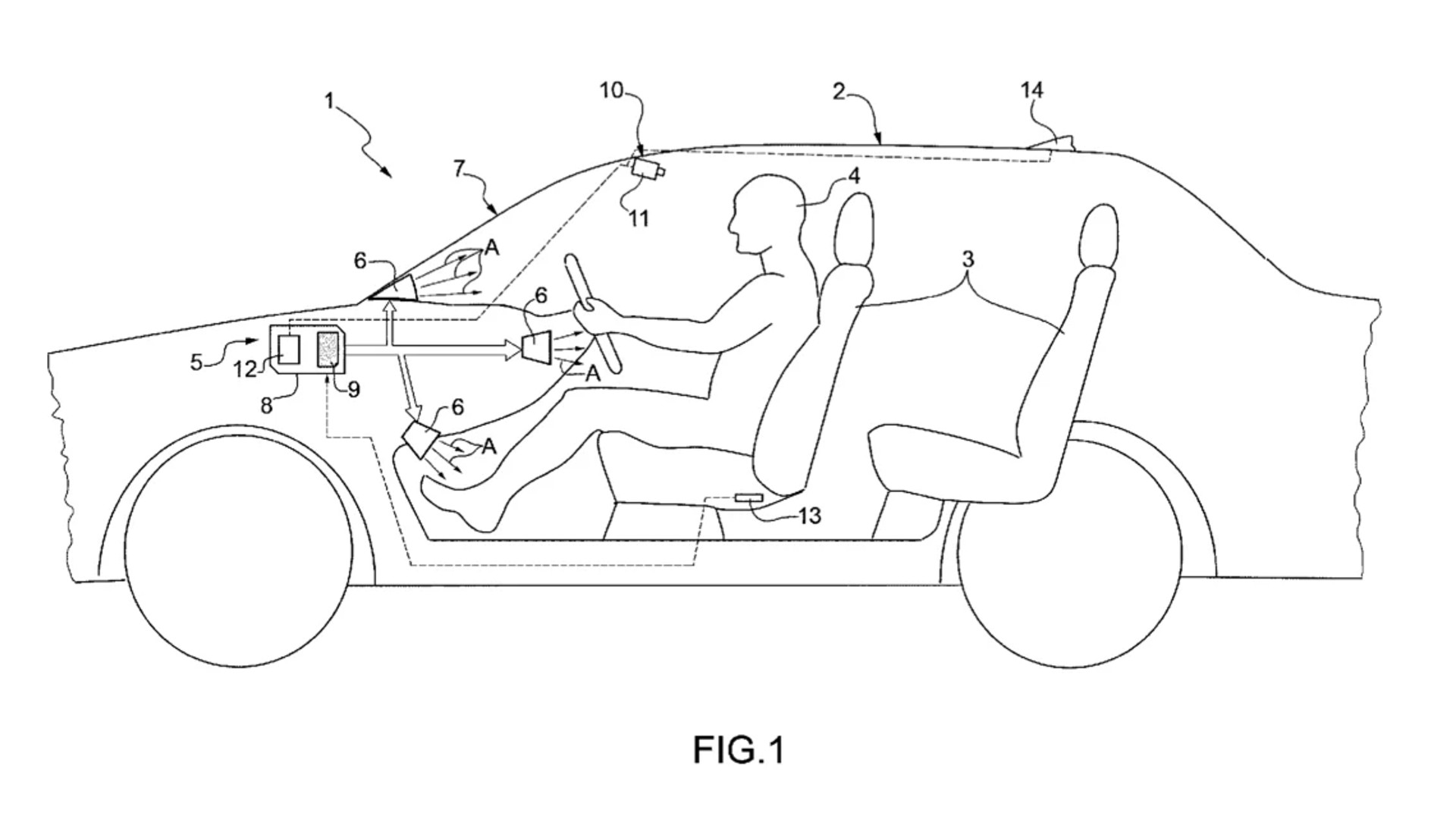 Ferrari is known for performance-related innovations in the design and engineering of its supercars, inspired by their racing heritage. But the company is also working on technological innovations in other areas, such as this smart air conditioning system that could be implemented in future models such as the Purosangue.

The patent discovered by ferrari296forum shows an advanced air conditioning system that fits a luxury sedan. Thermal cameras measure the temperature of various parts of the cabin and the body of each passenger taking into account the gender, body shape and clothing of the passenger.

Also read: Everything we know about the future Ferrari Purosangue SUV and what it has to beat

The system then uses the data received to decide on the optimal flow, direction, circulation and temperature of the air exiting the air conditioning nozzles – or, as Ferrari calls them, the “multitude of ventilation devices”. This ensures that all passengers enjoy the best possible cooling or heating experience in their Ferrari regardless of the external weather conditions.

As you can see, the patent drawing uses a high-seated three-box vehicle with four seats. Since the GTC4 Lusso was discontinued, Ferrari has no vehicle with rear seats in its current range. However, there is the upcoming Purosangue, the Italian company’s first crossover / SUV called Ferrari Utility Vehicle (FUV) that could potentially be equipped with this type of technology.

In view of the fact that the Ferrari Purosangue has to compete with the performance-oriented Lamborghini Urus and Aston Martin DBX as well as the more luxury-oriented Bentley Bentayga Speed ​​and Rolls-Royce Cullinan Black Badge, it has to stand out not only in terms of performance, but also technically.

Filing a patent does not necessarily mean that this air conditioner is intended for production, however, because sometimes companies just want to secure their ideas. In any case, the guys at Maranello have a pretty cool concept and we really hope it gets into production.

USPS prepares to retire vehicles that reworked an business – all...

Air Conditioning Restore and Set up Providers Through the Pandemic